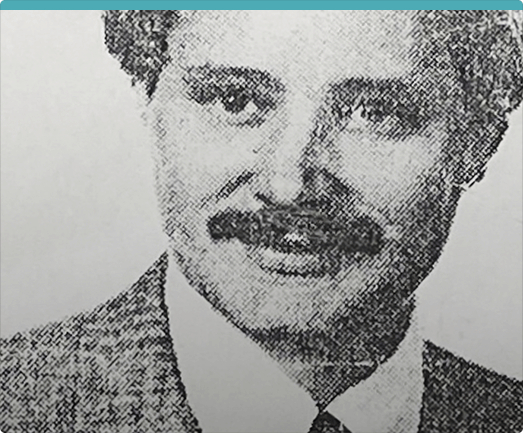 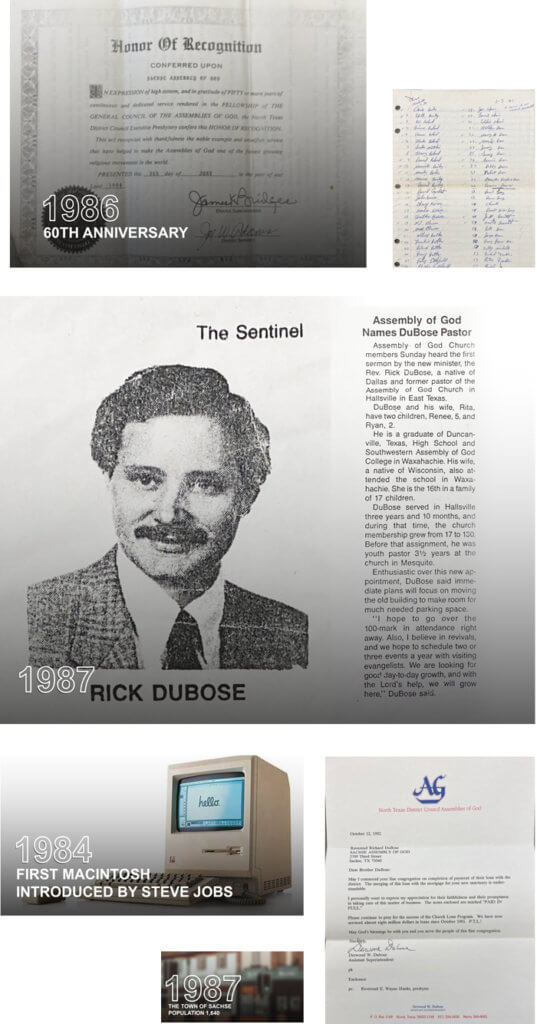 January 24, 1984 - The first Macintosh was introduced by Steve Jobs and it was the first commercially successful personal computer to feature two known, but still unpopular features—the mouse and the graphical user interface, rather than the command-line interface of its predecessors.

1987-2005 Pastor Rick DuBose - But in God’s sovereignty, this small band of praying country folk had their prayers answered. Young youth pastor and his wife…Rick and Rita Dubose asked for a chance to speak life back into this place. It was an updraft of grace. God was ready for Sachse Assembly to move from the struggle for survival to soaring on wings like eagles.  Church attendance at that time was 17 members.

November 9th, 1989 - The fall of the Berlin Wall was a pivotal event in world history that marked the falling of the Iron Curtain and the start of the fall of communism in Eastern and Central Europe. The fall of the inner German border took place shortly afterward.

Feb 11th - 1990 - Nelson Mandela, the leader of the movement to end apartheid in South Africa, was released from prison after 27 years. Born in 1918, Mandela joined the African National Congress, the oldest black political organization in South Africa, in 1944.

April 24, 1990 - NASA's Hubble Space Telescope reached a major milestone: one billion seconds in the final frontier when it was launched aboard the space shuttle Discovery.