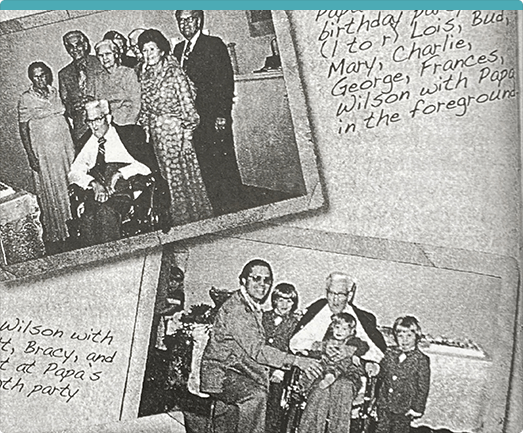 1971 - The floppy disk was introduced by IBM and made it possible to easily load software and updates onto mainframe computers. As technology evolved and personal computers became popular, the floppy disk enabled people to share data and programs more easily. An office worker could save documents on a disk at the end of the day and load them onto his home computer to finish up that night. A college student could save her research paper on a floppy disk and submit it to her professor to read and grade on his office computer. People weren’t tied to a specific computer anymore. They could easily transfer data and programs from one machine to another. It truly revolutionized the way people worked and quickly became the most widely used storage medium for small systems.

The first network email was sent by computer engineer Ray Tomlinson in 1971. The email to himself said “something like QWERTYUIOP”

April 3rd, 1973 - The first handheld cellular phone call was made by Motorola engineer Martin Cooper from Sixth Avenue in New York while walking between 53rd and 54th streets.

Cooper hoisted the 2 1/2-pound prototype to his ear and called a rival, Joel Engel of Bell Laboratories at AT&T, to declare that his Motorola team had devised a functional portable phone. “There was silence at the other end of the line,” Cooper recalled to Bloomberg in 2015. “To this day, Joel doesn’t remember that call, and I’m not sure I blame him.”

The clunky “shoe” phone, almost as big as a shoebox, allowed a user to talk for 35 minutes and required 10 hours to recharge, according to Wired magazine.

Motorola spent 10 years overcoming technical and regulatory hurdles and began commercial service in 1983 using a slimmer 16-ounce model that cost between $3,500 and $4,000.

1979 - City establishes it own police department.

1979 - On November 4, 1979, Iranian students seized the embassy and detained more than 50 Americans, ranging from the Chargé d'Affaires to the most junior members of the staff, as hostages. ... The Iranians held the American diplomat’s hostage for 444 days.

Macintosh Computer project was started with Jef Raskin, an Apple employee, who envisioned an easy-to-use, low-cost computer for the average consumer. In September 1979, Raskin was authorized to start hiring for the project, and he began to look for an engineer who could put together a prototype.